What else do we need to find out?

What else do we need to find out?

Can NASA help to answer all scientists' questions? 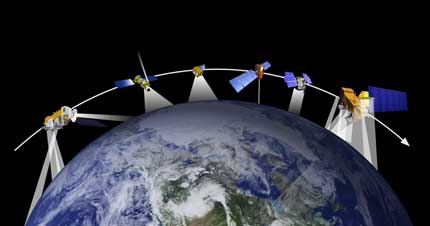 NASA has more than a dozen satellites studying Earth. Many of these satellites carry several science instruments and study more than one question. The information these satellites gather will help climate scientists understand Earth as a very complex system or machine.

Here are some of the hard questions scientists are asking: 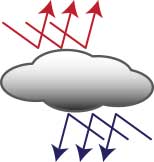 Water vapor is a powerful greenhouse gas. Warmer water evaporates faster than colder water, so as the ocean warms up, more water vapor goes into the atmosphere. This extra water vapor adds to the greenhouse effect, making the ocean even warmer.

Now, when the water vapor cools, it condenses back into little droplets of liquid water, forming clouds. The more water vapor in the air, the more clouds. Bright white cloud-tops reflect a lot of sunlight back into space. But clouds also blanket Earth, keeping some of its heat from escaping.

Here are some of the Earth missions that are helping to answer some of these questions:

Do particles in the air make Earth warmer or cooler? 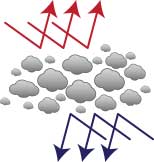 Aerosols are tiny particles or droplets of liquid floating in the air. Earth has lots of them. Some are natural. They might come from volcanoes, forest fires, vegetation, or sea spray. However, about 10% of the aerosols in our atmosphere come from human activity—for example, when we burn gas in our cars and coal in our power plants.

Scientists do not understand how aerosols affect regional and global climate. They are not even sure whether aerosols are warming or cooling our planet.

Instruments on these satellites are collecting information on aerosols:

Do the Sun's natural cycles affect our climate?

We know that our Sun has an 11-year cycle. It is quiet for a while, then it gradually gets more active, up to its "solar maximum." Then it settles down again. Even so, its energy output varies only a tiny fraction (8/10,000ths or .08%) from lowest to highest output. We also think the Sun's energy output may vary over longer periods too. Scientists aren't sure about any longer-term cycles, though. That's because they have been closely monitoring the Sun for only about 40 years.

Two NASA Earth satellites that are studying the Sun are:

How much CO2 can Earth suck out of the air? 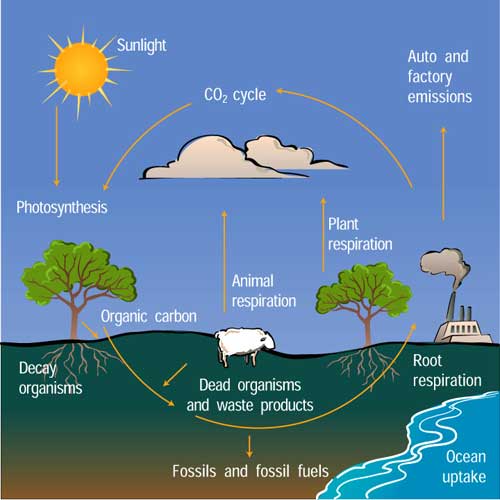 Carbon is always on the move. Plants use carbon dioxide and sunlight to grow. The carbon becomes part of the plant. Plants that die and are buried may turn into fossil fuels like coal and oil over millions of years. When we burn fossil fuels, most of this long-stored carbon quickly enters the atmosphere as carbon dioxide. Image courtesy of the The National Center for Atmospheric Research, Kids Crossing website at http://eo.ucar.edu/kids. 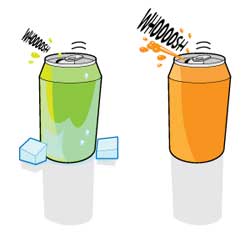 Cold soda holds onto the bubbles much better than warm soda. That's because cold water holds more carbon dioxide than warm water does.

Now, scientists think that, between the ocean and the plants, Earth naturally takes up about half of the CO2 that humans produce. Go, Earth! But as Earth warms up, will the ocean be able to absorb as much CO2? Scientists are worried about that.

Think about what happens when you open a can of soda. The bubbles in soda are CO2. If the soda is cold, you hear a little whoosh as a tiny bit of CO2 escapes. If the soda is warm, the CO2 might be so eager to escape that you get Old Faithful spewing out of the can. So, as the surface waters of the ocean warms up, the ocean may not be able to absorb and hold as much CO2 from the atmosphere.

Satellites that study these and other aspects of the carbon cycle are:

Ocean currents have a lot to do with Earth's climate, spreading some of the heat at the equator to other cooler parts of the planet.

Some NASA missions studying the oceans and major currents are:

How will climate change affect rain and snow?

Which places will get wetter and which will get drier?

Change is already happening. Even in the U.S., extremes of wet and dry are creating problems. For example, the Sierra Nevada mountain range in California has had less snowfall in the past decade. California's cities and agriculture depend on water from the melting snowpack from the Sierras. Is it going to get worse? How much worse? How soon?

Other parts of the U.S. have suffered from too much rain and more than the usual number of intense storms. As the ocean gets warmer, more evaporation will make more clouds and more rain and perhaps more hurricanes. Can we predict where floods will occur and prepare for them?

Some NASA missions that are studying these changes are:

How high and how fast will sea level rise? 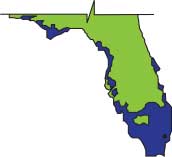 We don't know enough about Earth's ice to know just how many meters sea level is likely to rise as ice melts in various locations. And we don't know how fast it could rise. Also, ice is bright and reflects a lot of sunlight. When it melts, more energy is absorbed by the dark ocean. How much difference will this make?

On the left, the bright, white Arctic ice reflects a lot of sunlight, bouncing it back into space. On the right, much of the ice has melted. The ocean absorbs more sunlight than ice does, so the ocean warms up, melting even more ice.

Some NASA satellites studying these questions are: