The ocean has heat energy from soaking up the light energy of the Sun. And, like the wind, the ocean has energy of motion in the form of waves and currents. 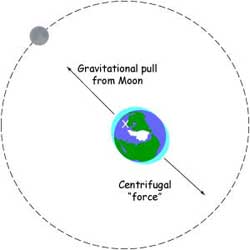 The Moon's gravitational pull on the side of Earth nearest the Moon pulls the oceans toward the Moon. The oceans bulge on the other side as well. Find out why.

Tidal generators (or turbines) work like wind turbines, except it is ocean currents, not wind, that turns them. The spinning turbine is connected to another device that produces electricity. The electricity then travels through wires to a city where people need it. 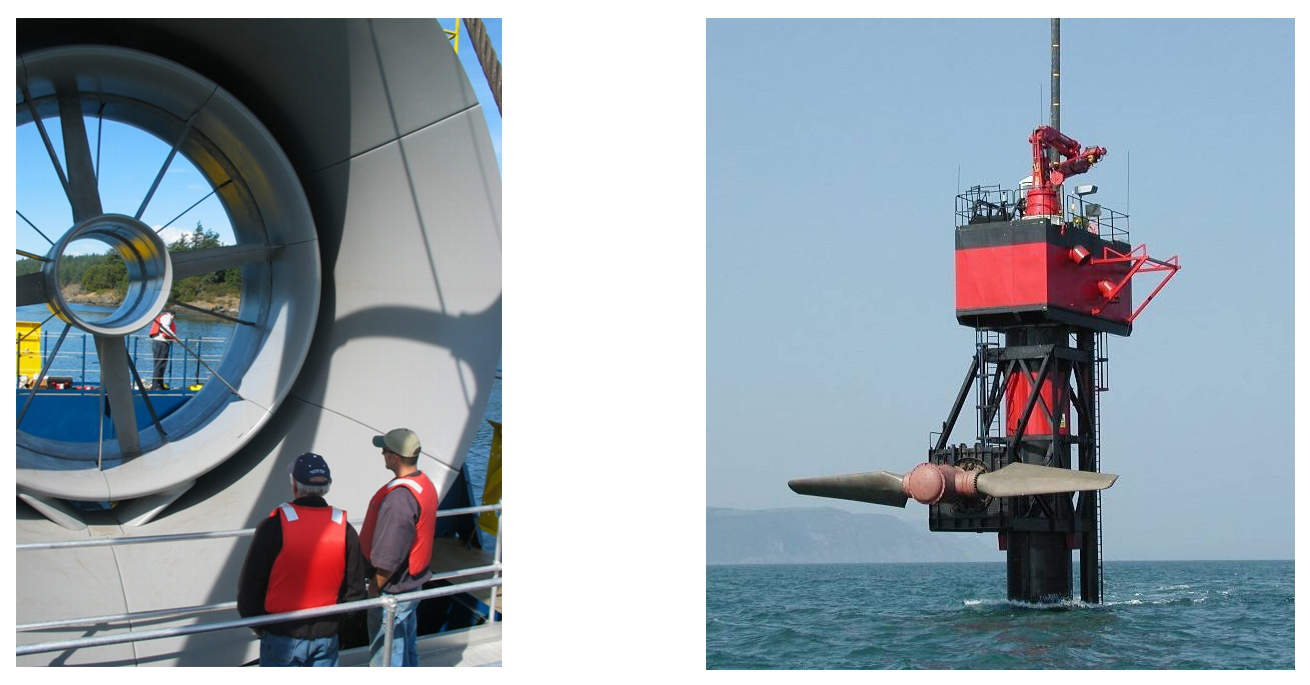 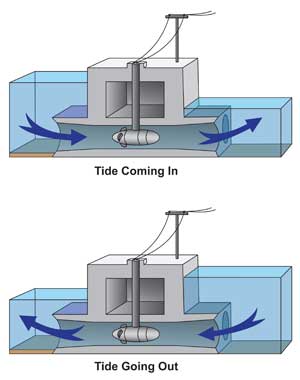 The best way to capture tidal energy is to place the turbine in a narrow channel between two land masses. When the tide comes in, the water rises on one side of the channel and pours down the channel to the other side. When the tide goes out, the water on the higher side pours back through the channel where the water level has dropped. It is best if the high tide in the channel is 10 to 15 meters (around 30 to 50 feet) higher than the low tide. 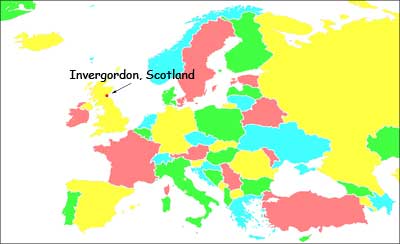 Invergordon, Scotland, is to be the home of the world's largest tidal energy generator.

Now the world’s biggest tidal energy generator is being placed off the coast of Invergordon, Scotland.The new tidal generator in Scotland is huge. The turbine blades are 18 meters (59 feet) across. It weighs 143 tons (286,600 pounds) and stands 22.5 meters (almost 74 feet) high. It is capable of generating enough electricity to power more than 1,000 homes. 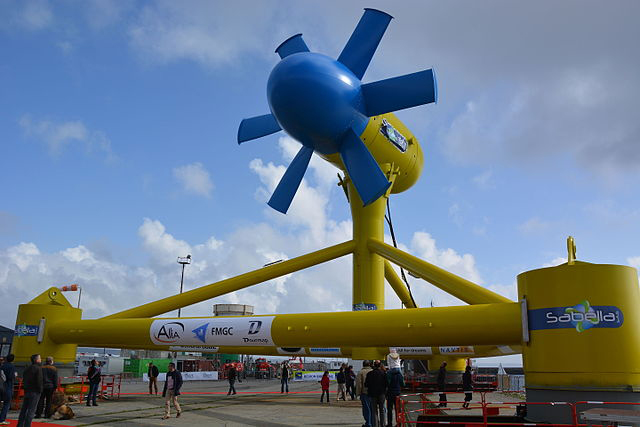 It is important to put tidal generators near where people actually live. That’s another reason Scotland and other locations around the United Kingdom are ideal for capturing clean, renewable tidal energy.

In the U.S., most of the tidal energy resources are along the coast of Alaska where populations are small. Still, tidal energy could power their small cities.

Unlike the wind, the tides are very predictable. So it’s easy to decide where to put tidal turbines and figure out how much energy they will generate.

Another plus, the turbines are usually completely under water, so no one can complain about them spoiling the view!