Make S’Mores With a Solar Oven! 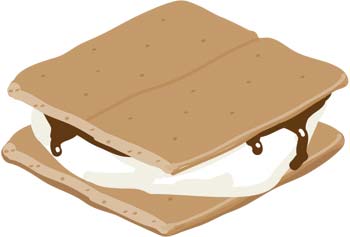 Harness the energy of the Sun to make the best snack ever invented, S’mores! 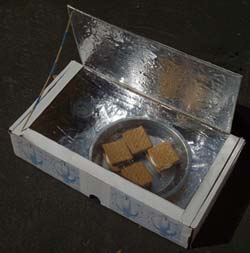 How to make the solar oven:

Have an adult cut the box with the box cutter or blade.


Using the straight edge as a guide, cut a three-sided flap out of the top of the box, leaving at least a 1-inch border around the three sides. 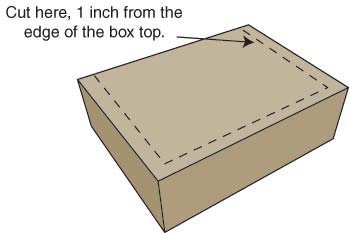 Cover the bottom (inside) of the flap with aluminum foil, spreading a coat of glue from the glue stick onto the cardboard first and making the foil as smooth as possible.

Line the inside of the box with aluminum foil, again gluing it down and making it as smooth as possible. 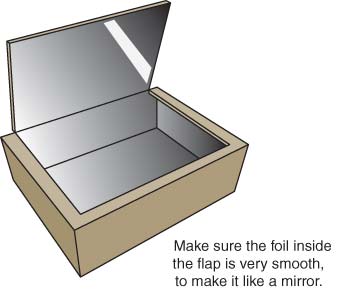 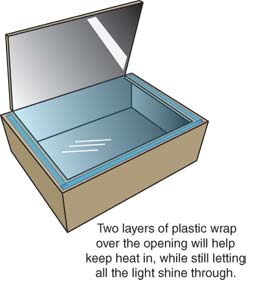 Test the stick you will use to prop the lid up. You may have to use tape or figure another way to make the stick stay put.


Put the oven to work

Set the oven in the direct Sun on a sunny day when the outdoor temperature is at least 85 degrees Fahrenheit. Prop the flap open to reflect the light into the box. You will probably have to tape the prop in place. Preheat the oven for at least 30 minutes.


To make S’mores, you will need:

Break graham crackers in half to make squares. Place four squares in the pie pan. Place a marshmallow on each.

Place the pan in the preheated solar oven.

Close the oven lid (the part with the plastic wrap on it) tightly, and prop up the flap to reflect the sunlight into the box. 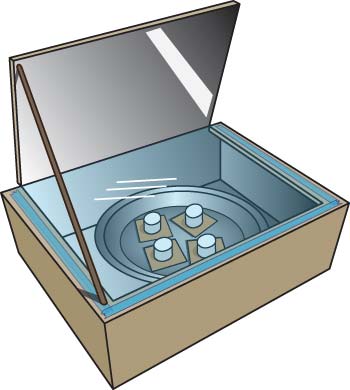 Depending on how hot the day is, and how directly the sunlight shines on the oven, the marshmallows will take 30 to 60 minutes to get squishy when you poke them.

Close the lid of the solar oven and let the Sun heat it up for a few minutes more, just to melt the chocolate a bit.