A Dry Year in Tibet…

It had been a horribly dry year in the Tibetan city of Lhasa in 1947. Crops were failing and famine seemed inevitable. The local government decided they had no other choice—someone would have to make it rain. Since ancient times, Tibetans had called upon people thought to have supernatural powers—called oracles—for help and guidance. 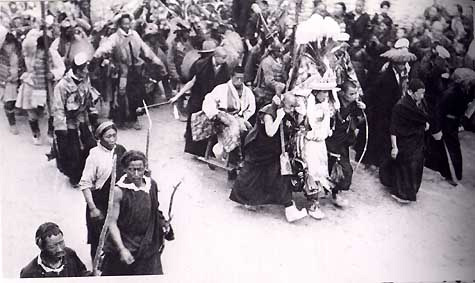 A Tibetan oracle (in white) walks in a trance-like state surrounded by monks. Credit: Ilya Tolstoy, Tibet in Turmoil - A Pictorial Account (1950-1959).

They knew just the man—a special type of oracle called a ‘weather maker.’ He was thought to be able to forecast and, if necessary, to change weather. To the locals, he was their only hope. A special ceremony was prepared.

According to an account written by a visitor to the town, the oracle began the ceremony by burning incense and drinking a special tea. As music played, he fell into a deep trance, swaying back and forth. In this trance, he was asked if it would soon rain. He confidently told all that were gathered that rain was on its way. Then, suddenly, he collapsed to the ground. Later that evening, rain and thunder rolled through the high Tibetan mountains, and water charged through the valley floor.

This story might seem a bit unbelievable to you. You probably think it was just a big coincidence. It may have been. But calling on supernatural powers to change the weather is something humans have been attempting to do for thousands of years.

Since the dawn of civilization, humans have relied on rain so they could grow crops and have drinking water. But as important as rain is, we humans haven’t had much knowledge of how weather worked for most of our history.

Without scientific knowledge or instruments, we came up with other solutions. Rituals and superstitions were all we had for thousands and thousands of years.

The ancient Mayans also had ‘rain-makers.' These important members of society were thought to have special knowledge of the ways of the rain god, Chaac. In times of great drought and famine, they created elaborate banquets for Chaac in an effort to persuade him to bring more rain.

Native American tribes of the Southwestern United States, are known for performing elaborate rain dances in an effort to bring water to their dry lands. 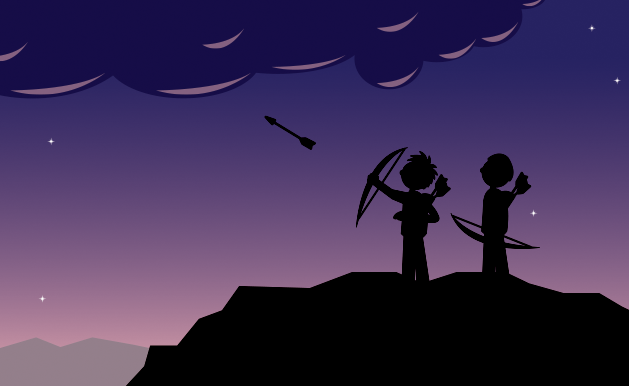 The Guajiro people of South America are known for shooting arrows at the clouds to pierce them and cause them to spill rain over their land.

Many cultures still practice these traditional rituals today, either to stay connected to their heritage or as a way to hope for rain.

Rain in the Modern Age 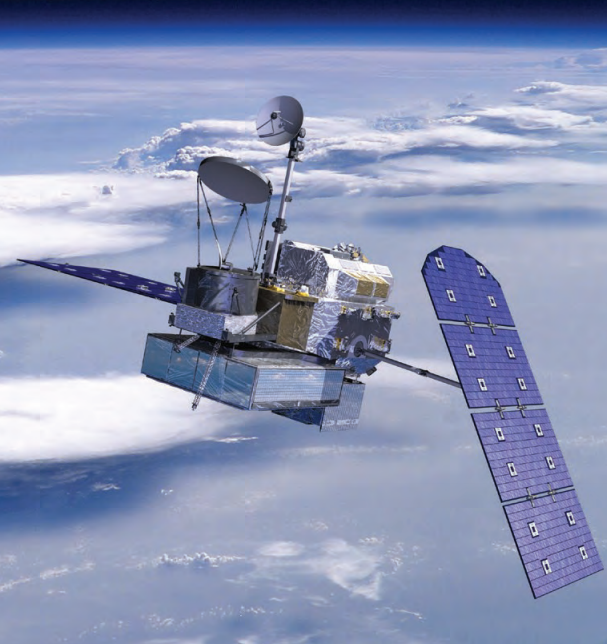 Methods for observing and predicting rain and drought have changed considerably in the modern age. But the importance of rain and the danger of drought remain as strong as ever. Scientists now know that as our climate warms, rain patterns are changing, and drought and flooding may be more common. They are using the latest technology to try to get a handle on the situation.

In 2014, NASA launched a satellite named the Global Precipitation Measurement satellite, which will be capable of constantly mapping rain all over the world many times a day. This mission will help scientists get a better idea of how rainfall is changing and will help them predict areas that may be susceptible to drought or flooding.

Not stopping with the water after it falls from the sky, NASA will also be launching another mission that will measure how much water is in the ground. Called Soil Moisture Active Passive (SMAP), this tool will be of great use to people studying and predicting drought. 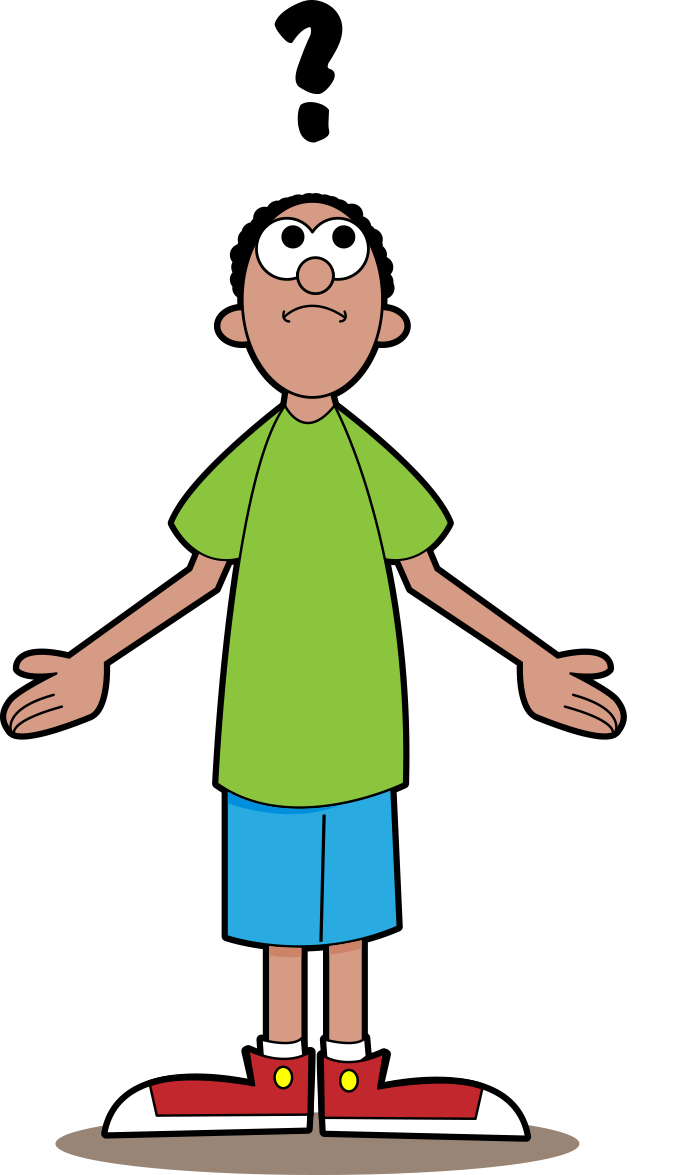 Make your own Rainstick!

In many cultures, summoning rain often included the use of musical instruments. One well-known example is a rainstick, an instrument that mimics the sound of rain. They are traditionally made from dead cactus tubes with cactus spines hammered to the inside and filled with tiny pebbles.

The origin of the rainstick is not fully known, but many people think that it probably came from a group of indigenous people known as the Diaguita from the deserts of northern Chile.

Here you get to build a slightly less traditional rainstick of your own! This one is made from a cardboard tube and aluminum foil. 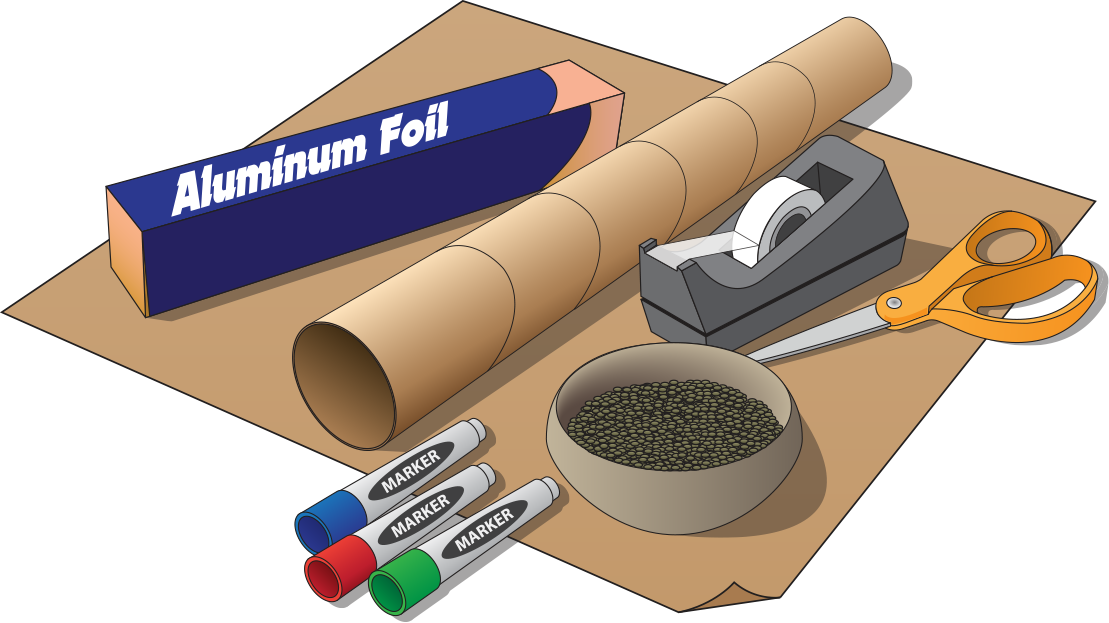 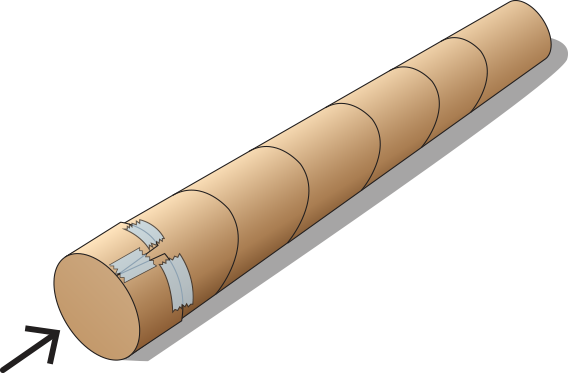 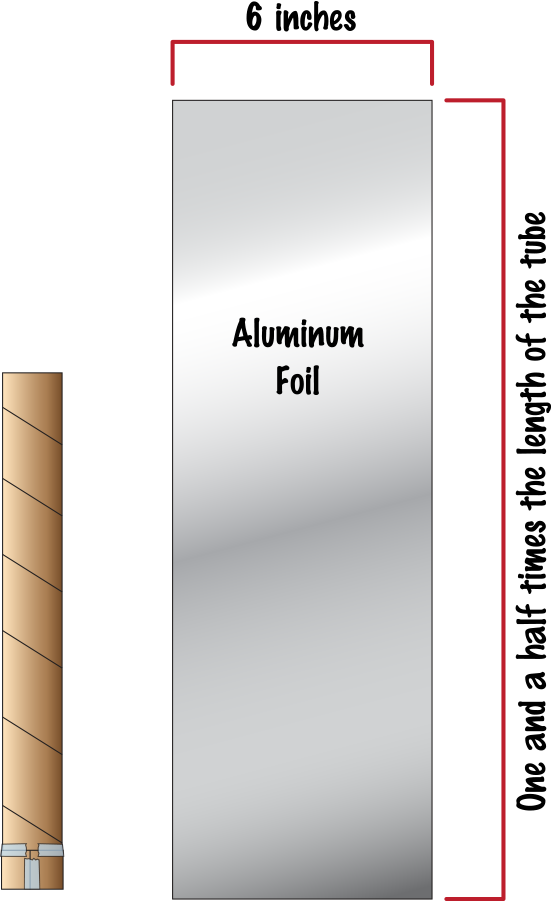 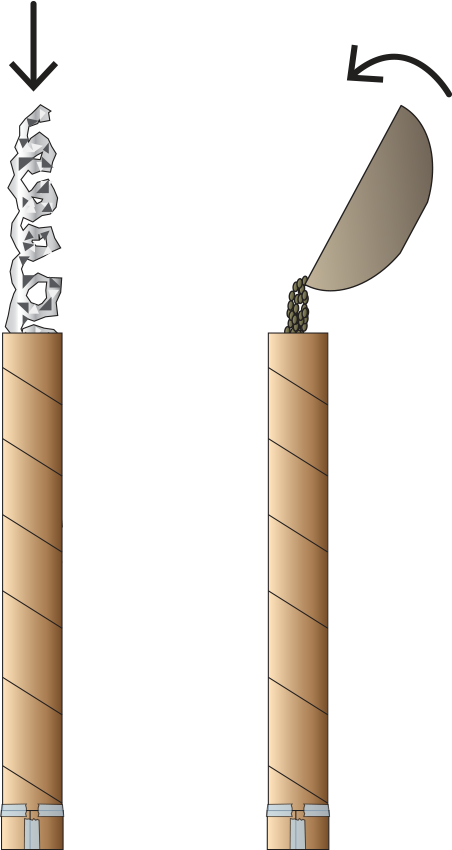 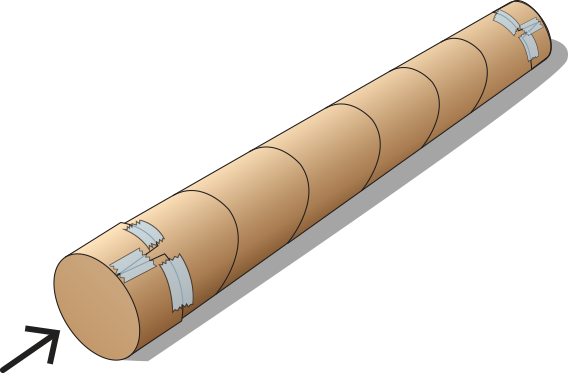