In the NASA game CubeSat Builder, build as many CubeSat spacecraft as possible in a NASA cleanroom before time runs out! Like a chef preparing food for hungry customers, build CubeSats for engineers according to the project blueprints they send in. Run around the clean room, test CubeSat parts, assemble CubeSats, and perform final tests before sending them off to the launch pad. Juggle the testing of parts while assembling more than one CubeSat at a time to build them faster!

The goal is to build as many CubeSat spacecraft as possible before time runs out! How many can you build?

If you are using a keyboard, move the character with the letters WASD or the arrow keys. If you are using mobile controls, use the virtual joystick in the bottom left of the screen.

If you are using a keyboard, pick up or drop objects on the counters around the room with the spacebar. If you are using mobile controls, press the virtual button in the bottom right of the screen.

The first step to build a CubeSat is to get the CubeSat parts tested.

Drop CubeSat parts at the testing stations around the cleanroom to get them tested. You can test more than one CubeSat part at a time.

You’ll need to put the tested CubeSat parts into a CubeSat box. To do this, grab a CubeSat box and place it at a workstation.

Put the fully-tested CubeSat parts into the CubeSat box at the workstation. Make sure the parts you add match the parts in one of the CubeSat orders at the top left of the screen!

After you have added all the CubeSat parts to the CubeSat box, you must drop the CubeSat at the vacuum test chamber and the weighing station to get fully tested.

After you’ve fully tested the CubeSat, you’re all set! Double check that the parts in the CubeSat match the parts on a CubeSat order in the top left, and then drop the CubeSat on the conveyor belt to ship it out!


Congrats, you built a CubeSat! Now see how many more you can build before time runs out!


Watch this video to learn the basics of CubeSats, the small spacecraft that schools, universities, and institutions are designing and building to perform missions that previously required big and expensive satellites.


CubeSats are very small, cube-shaped spacecraft. They are 4 inches wide, long and deep. This is also known as 1 unit, or 1U. These units can be stacked to create CubeSats up to 6U in size!

Left to right: Electrical Test Engineer Esha Murty and Integration and Test Lead Cody Colley prepare the ASTERIA spacecraft for mass-properties measurements in April 2017 prior to spacecraft delivery ahead of launch. Credit: NASA/JPL-Caltech

Most CubeSats orbit Earth, but they can be sent to even farther places, such as Mars! CubeSats are made from a few standard, low-cost parts.

CubeSats need a computer to control the satellite and store data. This is the brain of the CubeSat.

CubeSats need a communications device to talk to us on the ground, like a radio and antenna.

CubeSats need a steering system to control the satellite’s direction in space. This includes reaction wheels, like the steering wheel and tires of a car.

CubeSats also need navigation. They have star finders so that we know where the CubeSat is in space, like a compass or GPS on your smart phone.

If the CubeSat is heading somewhere really far away, such as Mars, it may also need propulsion to send it into deep space.

Finally, CubeSats have a payload, which is the science piece of the spacecraft. This could be something like a telescope to see nearby stars or a sensor to measure rain and clouds.


Now that you know all the different parts of a CubeSat, go build some CubeSats in the CubeSat Builder game above!

Want to get inspired? Check out some real NASA CubeSat missions below! 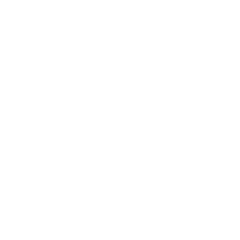 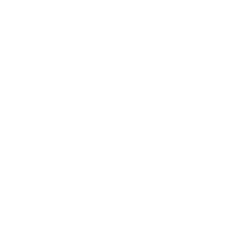