How Do Clouds Affect Earth’s Climate?

The Short Answer:
Clouds play an important role in both warming and cooling our planet. Clouds give us a cooler climate on Earth than we would enjoy without clouds. However, as Earth’s climate warms, we won’t always be able to count on this cooling effect.

At any given moment, about two-thirds of our planet is covered by clouds. So it’s not too surprising that clouds play an important role in Earth’s climate! 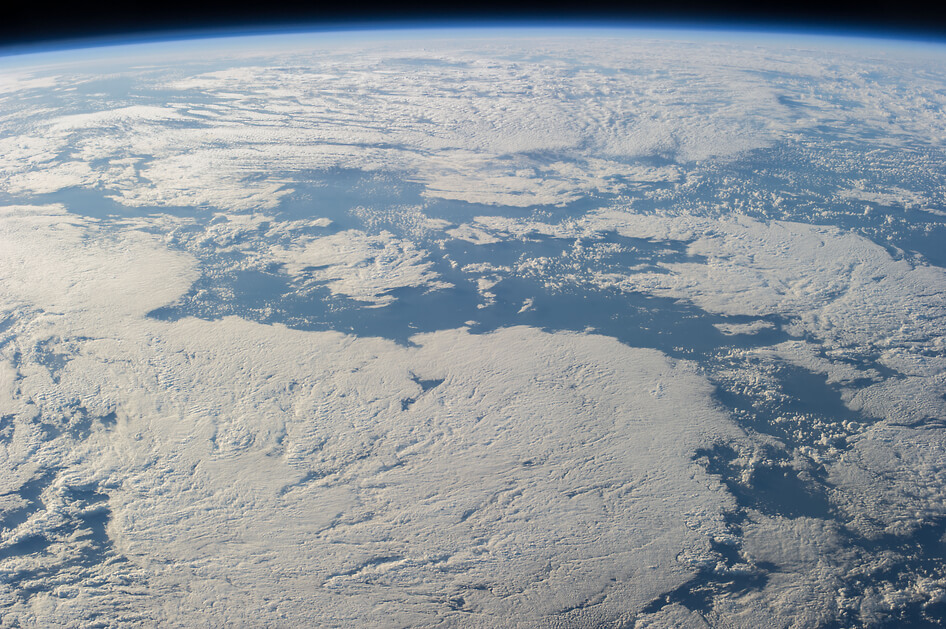 A cloud-covered part of Earth, photographed by an Expedition 40 crew member on the International Space Station. Credit: NASA

Clouds affect climate in two major ways. First, they are an essential part of the water cycle. Clouds provide an important link between the rain and snow, oceans and lakes, and plants and animals. 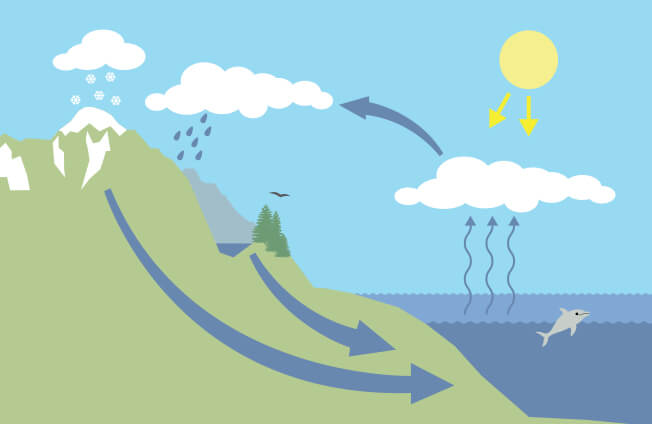 Clouds are an important part of the water cycle here on Earth. Credit: NASA/JPL-Caltech

Secondly, clouds also have an important effect on Earth’s temperature. But it’s a bit complicated: Clouds can both cool down and warm up the temperatures on Earth.

Clouds can block light and heat from the Sun, making Earth’s temperature cooler. You’ve probably noticed this kind of cooldown on a cloudy day. 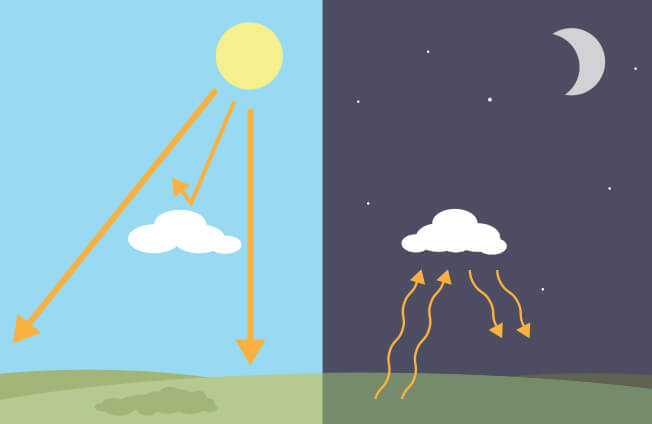 So clouds can have both a cooling effect and a warming effect. When it comes to Earth’s climate, do clouds warm more than they cool, or is it the other way around? Well, that depends on where the clouds are in Earth’s atmosphere.

Clouds within a mile or so of Earth’s surface tend to cool more than they warm. These low, thicker clouds mostly reflect the Sun’s heat. This cools Earth’s surface.

Clouds high up in the atmosphere have the opposite effect: They tend to warm Earth more than they cool. High, thin clouds trap some of the Sun’s heat. This warms Earth’s surface. 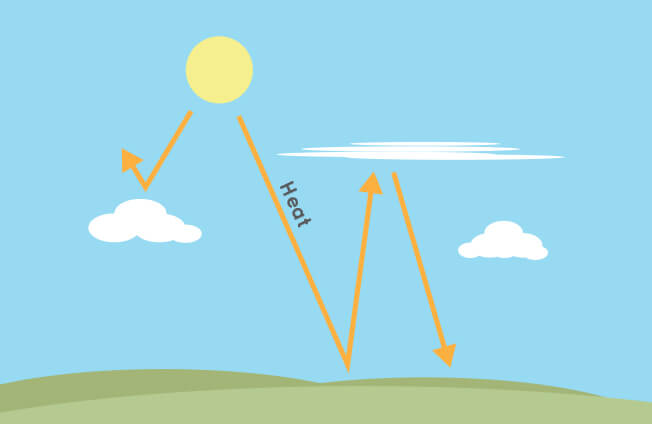 Wispy clouds high up in the atmosphere generally make an area warmer. Lower-altitude clouds tend to help an area cool off. Credit: NASA/JPL-Caltech

What about when you look at the effect of all clouds together? Cooling wins. Right now, Earth’s surface is cooler with clouds than it would be without the clouds.

Just as clouds affect climate, changes in the climate affect clouds. This relationship is known as cloud-climate feedback. It’s one of the most challenging research areas in climate science. 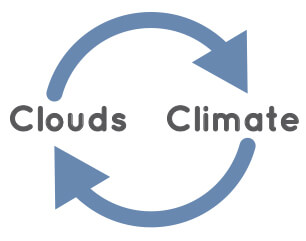 Clouds affect the climate and changes in the climate affect clouds. This relationship is called cloud-climate feedback. Credit: NASA/JPL-Caltech

Climate scientists predict that as Earth’s climate warms, there will also be fewer clouds to cool it down. So, unfortunately, we can’t count on clouds alone to slow down the warming.

To understand clouds and their effect on climate, we also have to better understand the whole atmosphere. Scientists who try to predict changes in the climate are trying to understand the complex role of clouds in our atmosphere as they figure out how Earth is changing.

Several NASA satellites are collecting information about clouds. One, called CloudSat, is trying to figure out how much clouds contribute to changes in Earth’s climate. 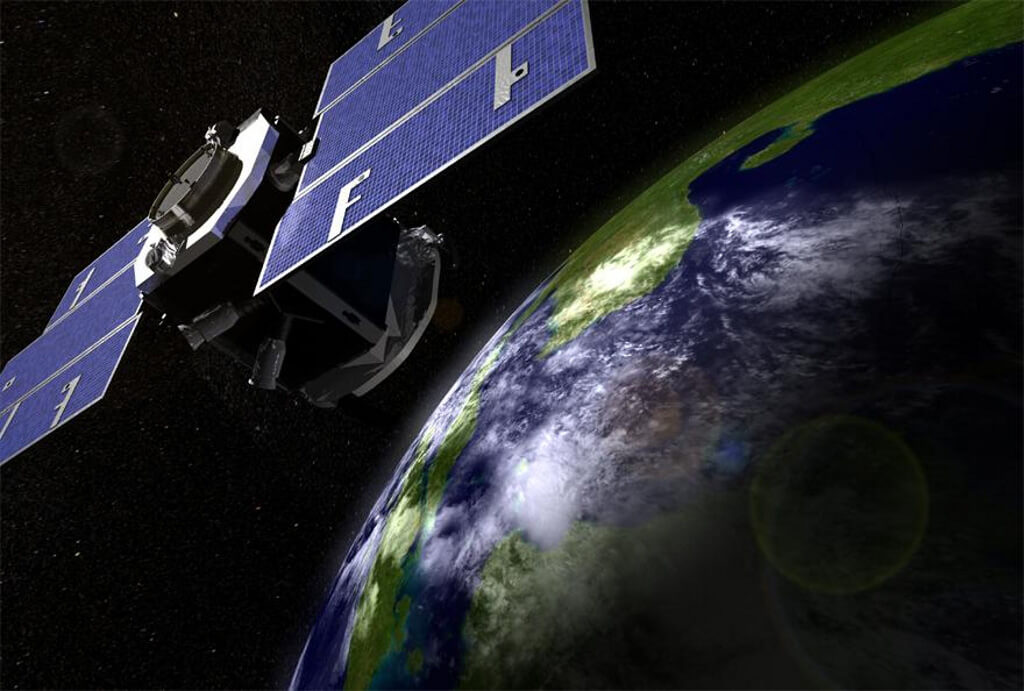 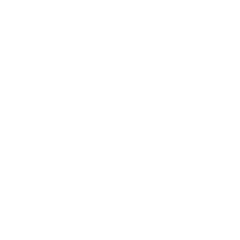